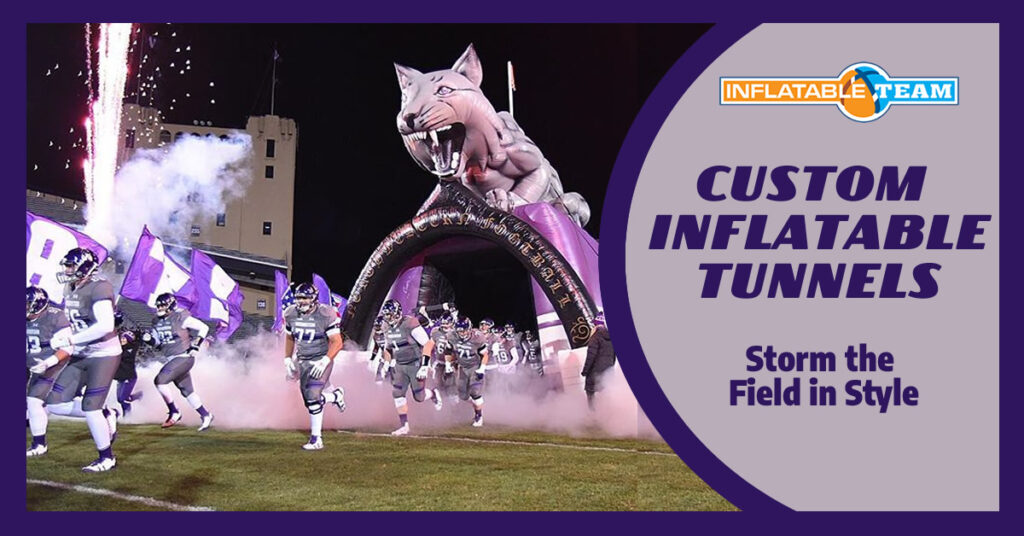 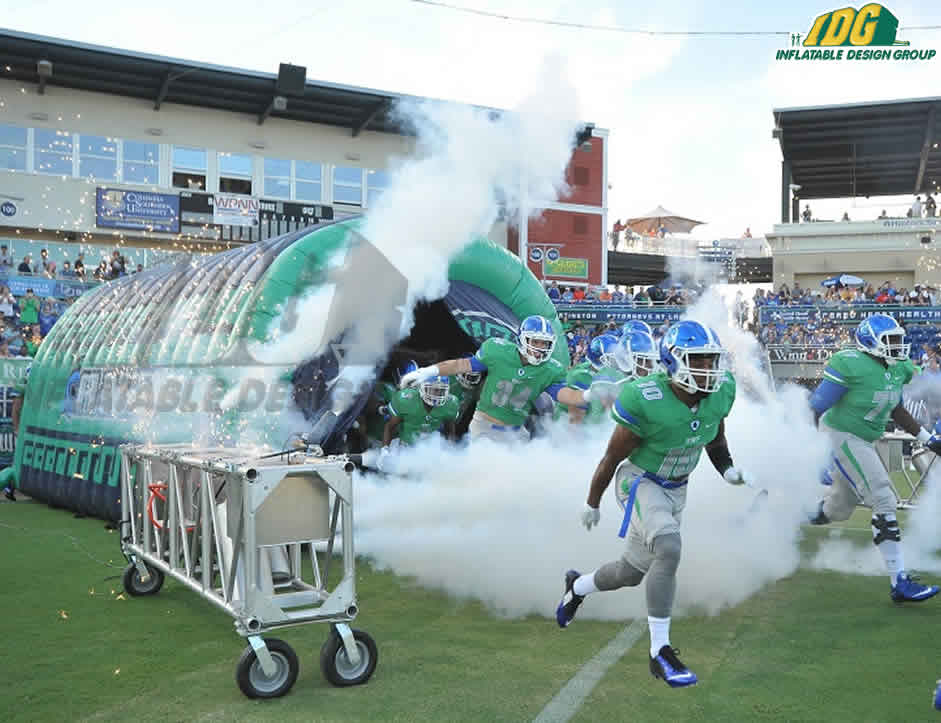 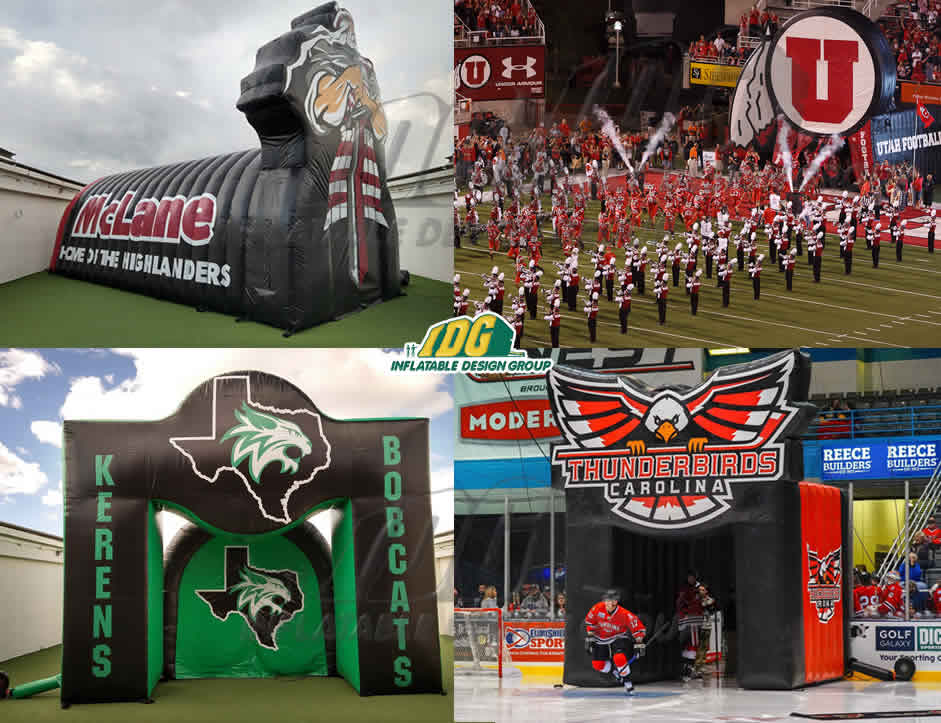 Just like inflatable arches, inflatable tunnels come in all different shapes and styles.

Inflatable Design Group’s inflatable tunnels are 100% customizable!  Your inflatable tunnel can be made to any dimensions and specifications.  Our team can also match your team colors, digitally print your logo directly onto your tunnel, or even make removable banners with your sponsors. 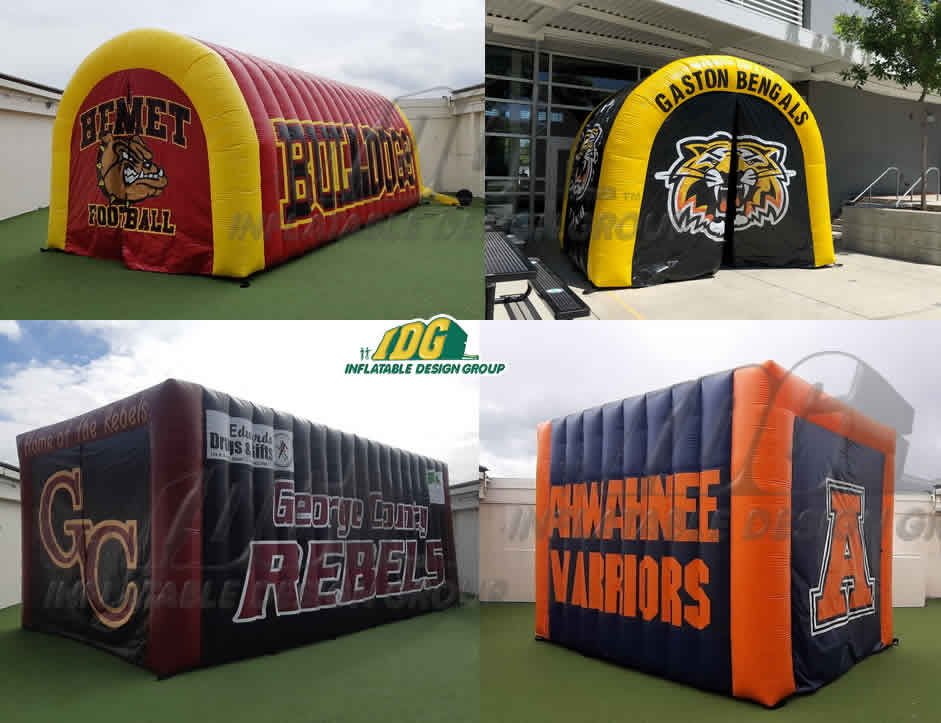 Small removable banners can be attached to the sides of your tunnel.  They can be switched out for various events and are a great way to call attention to sponsors that may change over the years.  Another popular type of removable banners are blast doors.  A blast door is a big banner that hangs inside the inflatable tunnel like a curtain.  It has an opening down the middle so athletes can run through it, making an exciting field entrance. 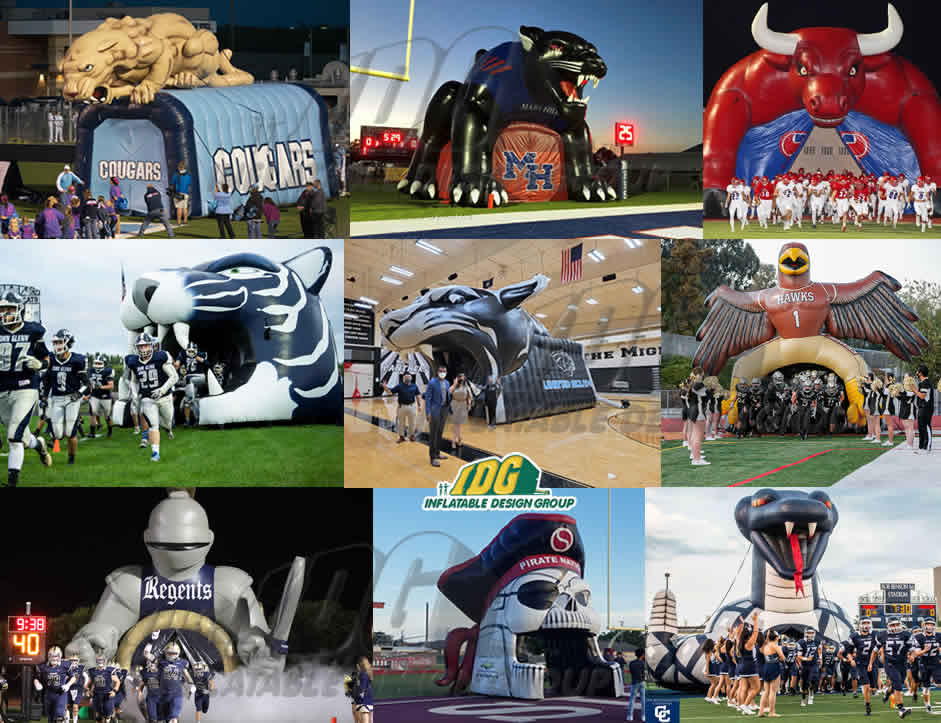 Customize a blast door for your inflatable tunnel or add some more intimidation with extra elements such as smoke.

For ideas on mascot entrance customization check out our extensive library here.  If you don’t see something similar to what you want don’t worry, IDG can make it! 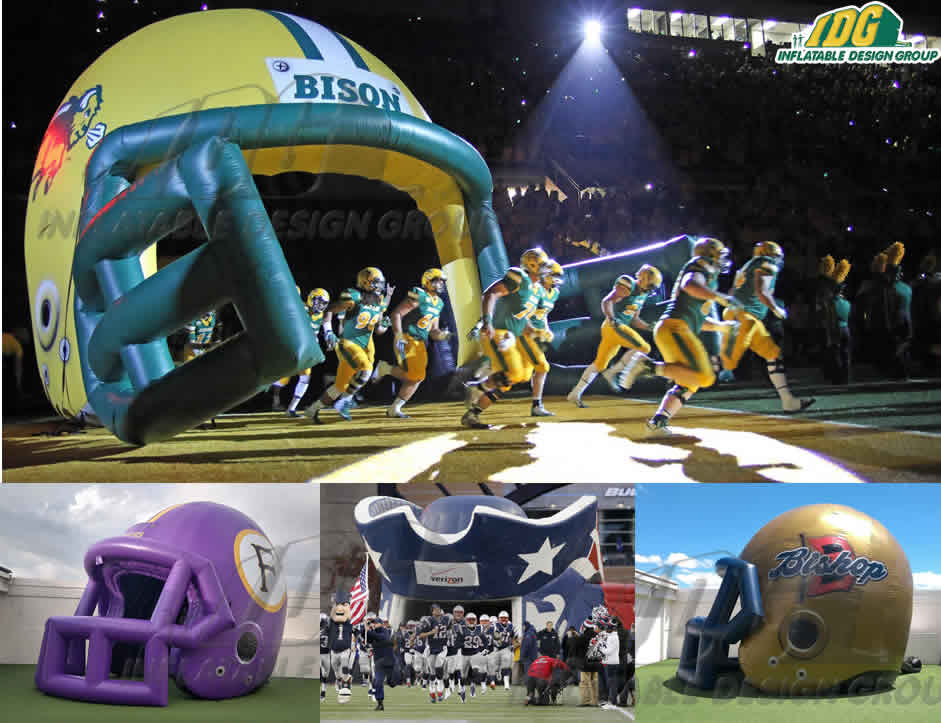 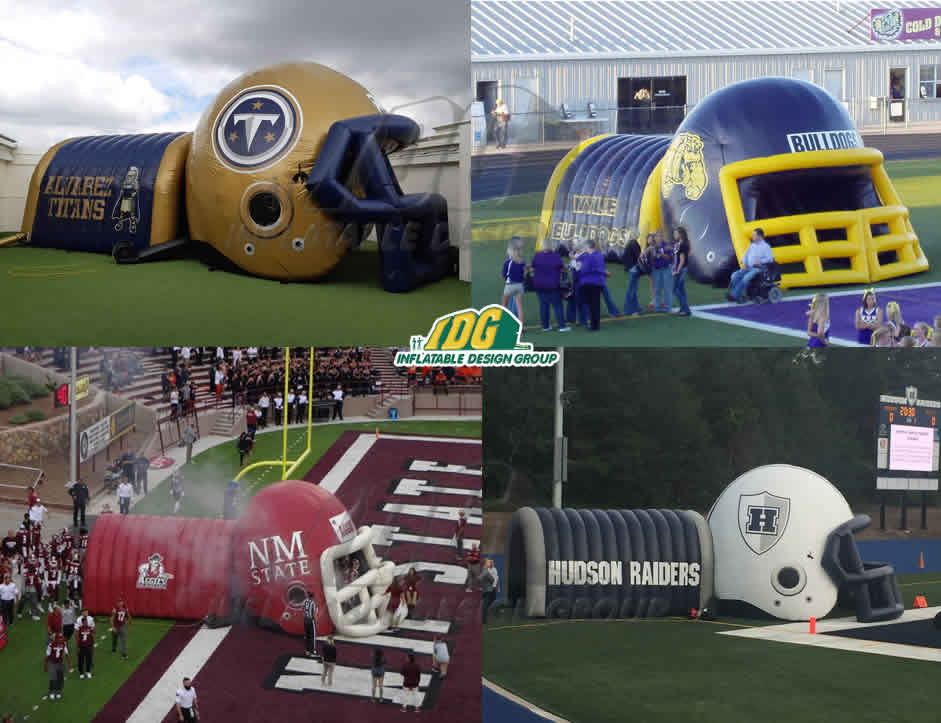 As discussed before, all the inflatables we make at IDG are high quality and 100% customizable.  Removable banners and smoke can also be added to inflatable helmets.

Give your crowd something extra to cheer about and start customizing your inflatable tunnel for your team.  From little league to the pros, Inflatable Design Group has worked with teams of all skill levels to create their dream inflatable entryway. 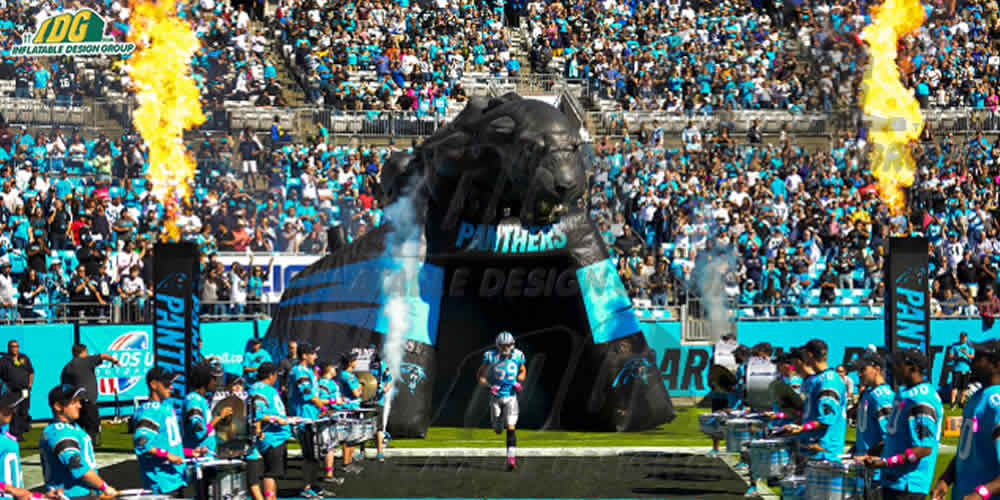 Already know the design you want?  Get a quote! 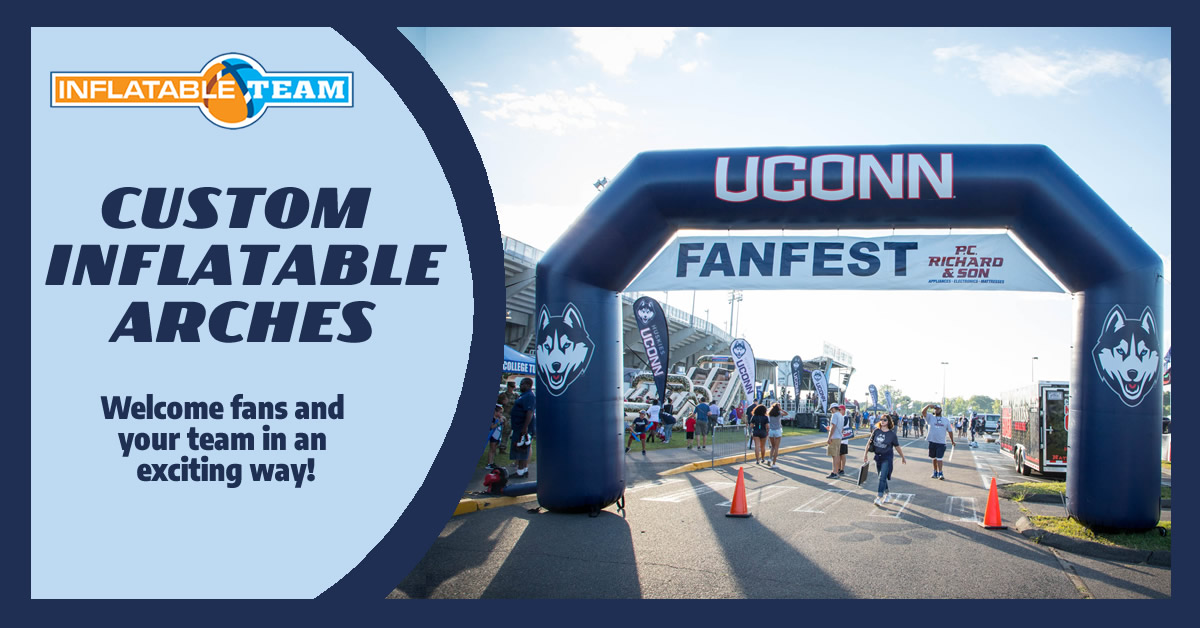 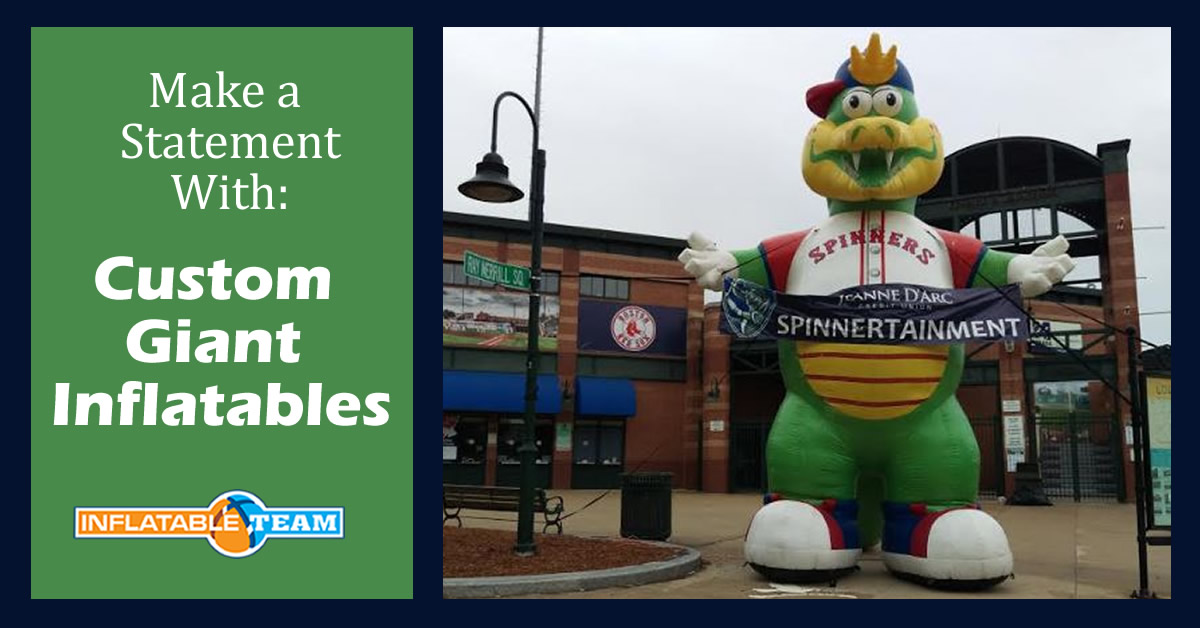 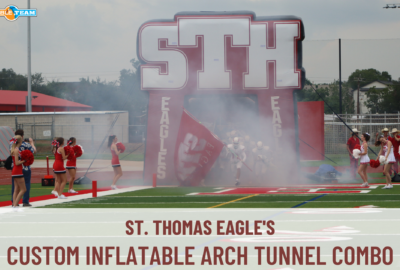 Our high school [inflatable arch tunnel combo] is so unbeliveably awesome that our school sports magazine is going to have it featured on the cover…. 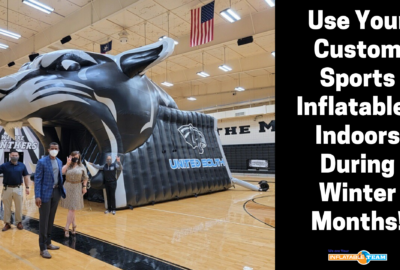 Use Your Custom Sports Inflatables Indoors During the Winter Months

The weather is getting colder, and days are getting shorter.  Keep the fun going by using your custom sports inflatables indoors!  Just because it is… 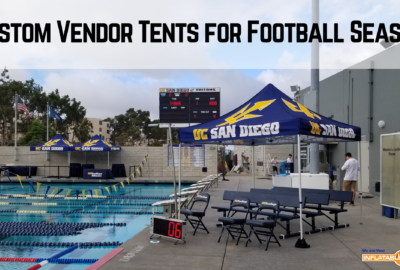 Football season is here!  Work with IDG to customize a vendor tent to show off your team brand.  Our custom vendor tents are fully digitally… 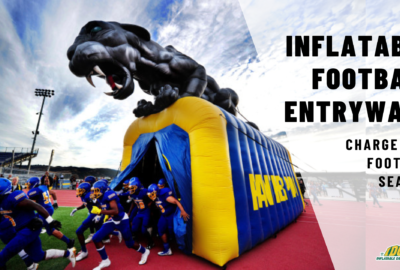 Charge into Football Season with an Inflatable Football Entryway

College football kicked off last week and the NFL kickoff is tonight.  Charge into the football season with a custom inflatable football entryway designed and… 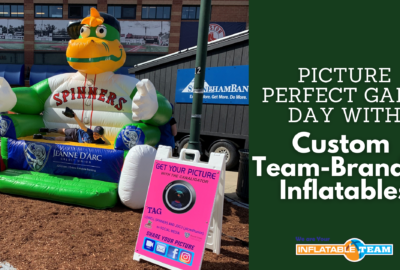 The college football and NFL seasons are about to kick off.  Make sure your game day is picture perfect with custom team-branded inflatables designed and…